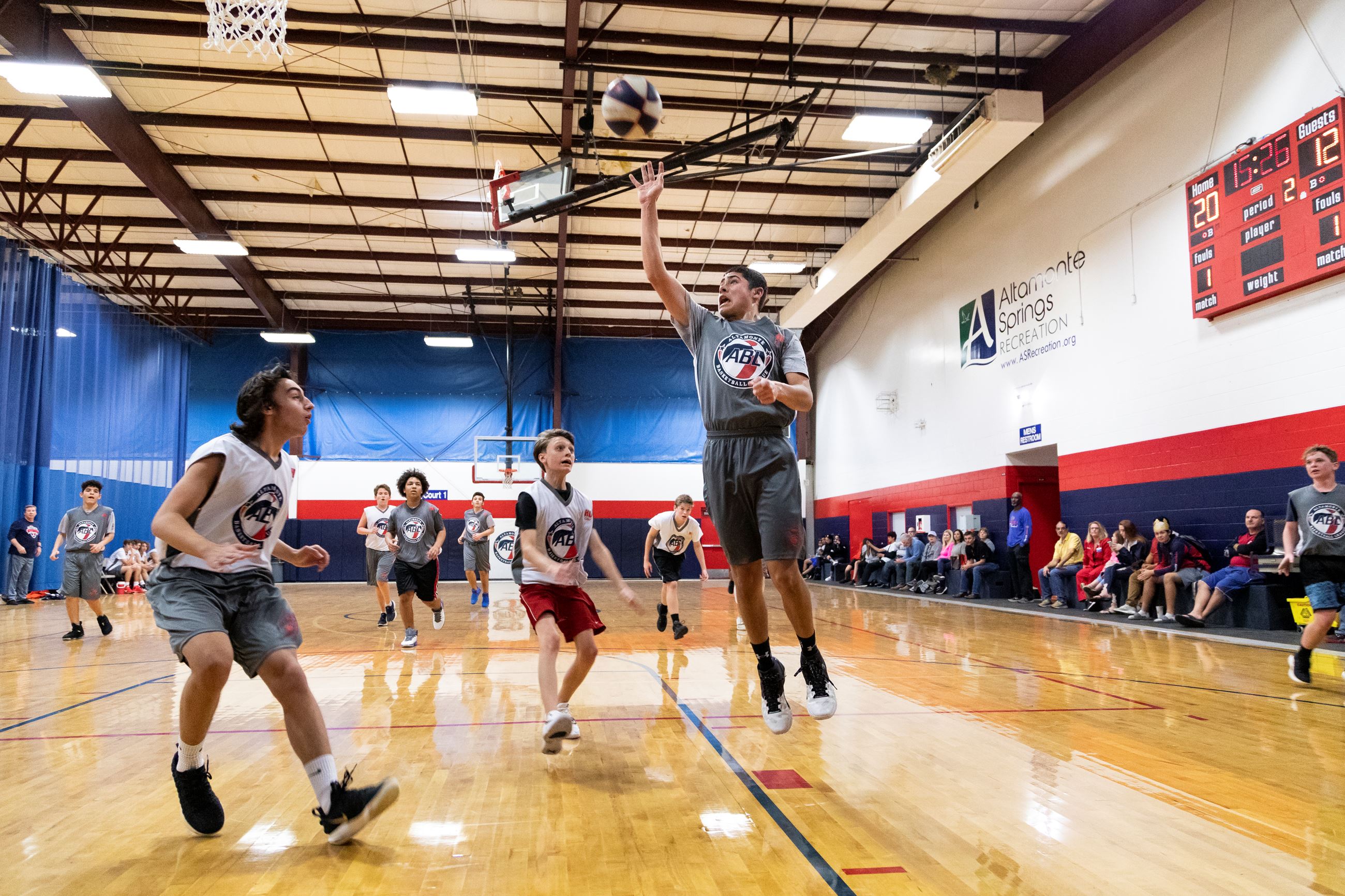 Designed for children ages 5, 6 and 7 who are new to the game. This division introduces players to basic basketball skills and fundamentals. The cost is $100 per participant.

Winter youth league play consists of a 10-week regular season with a single elimination playoff. The Recreation division allows players to register individually and be placed on a team through player placement workouts. The cost is $120 per participant. All players receive a T-shirt, reversible jersey and athletic shorts. Age divisions include:

The Open division allows registration for a full team. Teams are limited to 10 players. Age divisions are the same as the Recreation League. The cost is $750 per team.

The ABL Spring League is designed for the already established team. League play consists of an 8-week regular season with a single elimination playoff. Divisions include:

All players will receive a T-shirt.